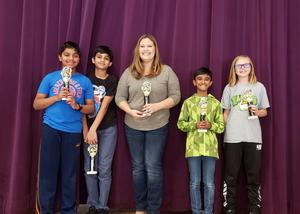 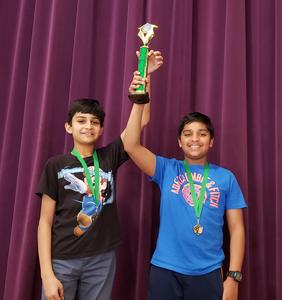 Our Meyers Math Team did an amazing job competing in Math League’s District Championships this past Sunday at Winston Churchill Middle School. All competitors had to qualify for this event, and we were proud to be represented by Ahan Sarkar, Nivedh Vutharkar, Jayce Johnston and Srivath Swaminathan. All four students medaled in the Elementary Contest, while Ahan and Nivedh went on to also compete and medal in the Middle School Contest! Every member of the team will move on to the Elementary Contest in the State Championships with Ahan also qualifying for the Middle School Contest! We are very proud of the Math Team! Math League State Championships will be held on April 27th at UC Davis.